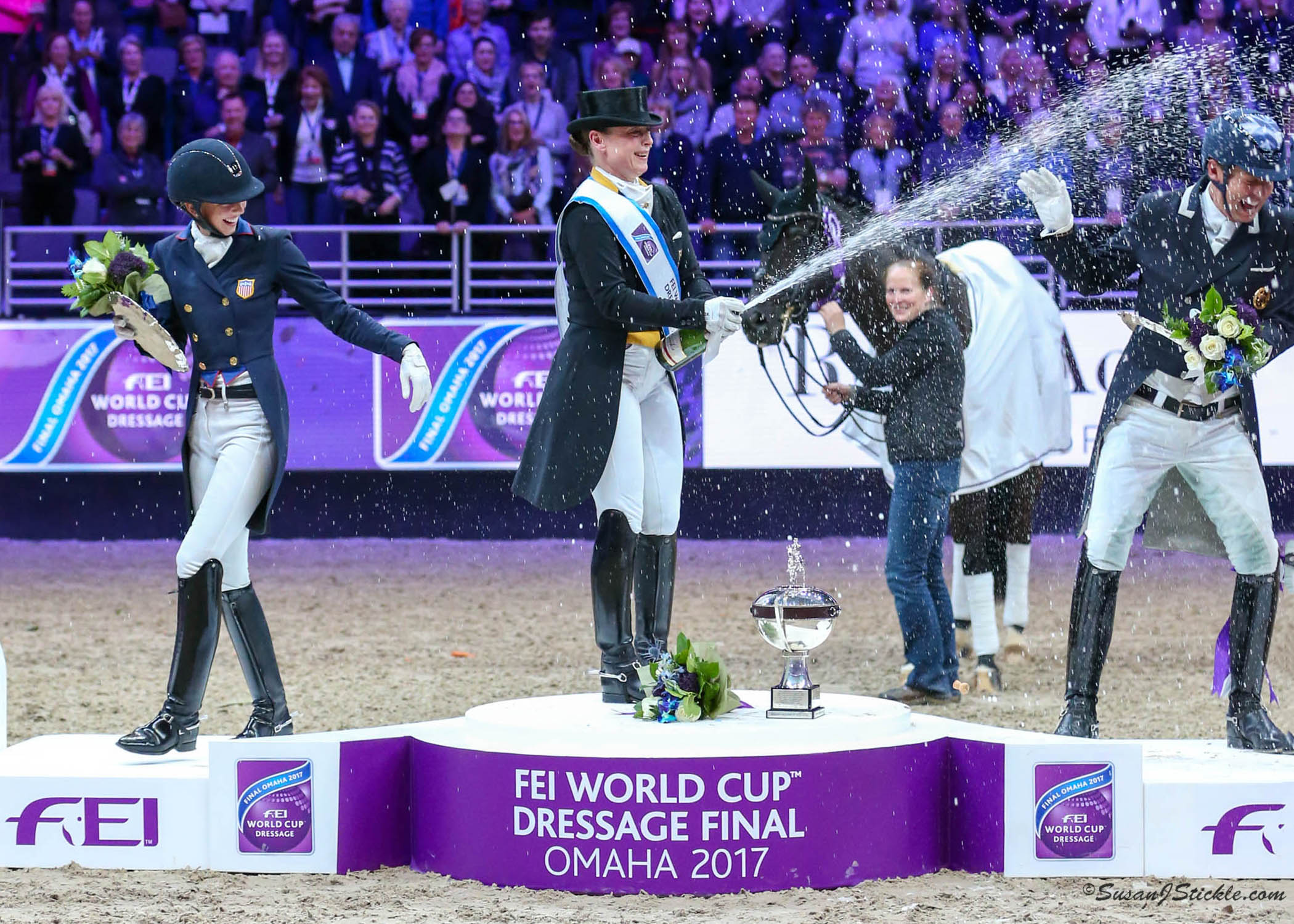 What was your favorite part of the FEI World Cup™ Finals 2022 in Leipzig? With amazing competition all weekend, there is no shortage of moments to choose from.

This competition marked the retirement of dressage legend, 17-year-old Weihegold OLD. As the long-term partner of Isabell Werth, the two have scored team gold and individual silver medals in the 2016 Rio Olympics, along with 3 back-to-back Gold Medals at the FEI World Cup™ Finals starting in Omaha in 2017. Their final emotional performance and score of 85.92% earned the pair a bronze medal.

Denmark's Cathrine Laudrup-Dufour and the animated Vamos Amigos, a 10-year-old Westphalian new to the Grand Prix, took home the silver medal with a score of 86.164%

Jessica von Bredow-Werndl and TSF Dalera BB came out of the weekend as champions! A big win on home ground, the two scored an amazing 90.836%. Coming off the heels of their multiple gold medals in the Tokyo 2020 Olympic Games and 2021 European Championships, it's no surprise they had such amazing success.

The costumes at this competition were almost as amazing as the final performances. With glitter left on the floor, who took home the medals?

These performances were truly a show for everyone involved. Watch the emotional final performance of Jannika Derks and Johannes Kay as they are retiring after this year.

Switzerland’s Martin Fuchs & Chaplin rode to the top of the podium on Sunday after a full weekend of competition. The three days only led to 5 penalty points at the end. Fuchs' strategy of subbing in another horse, The Sinner, on the second day paid off. The final day, round B time was 60.83.

Second place was earned by the Netherland's Harrie Smolders & Monaco, who was a strong contender for gold until he picked up a fence in his final round. This error left the pair with a total of 8 points. However, this was good enough in combination with their time of 61.99 to get the silver medal.

The bronze medal went to Jens Fredricson, the older brother of Olympian Peder Fredricson. Starting the day in 9th place, he and Markan Cosmopolit quickly made their way to third by a final day with no penalties and a final time of 62.35.