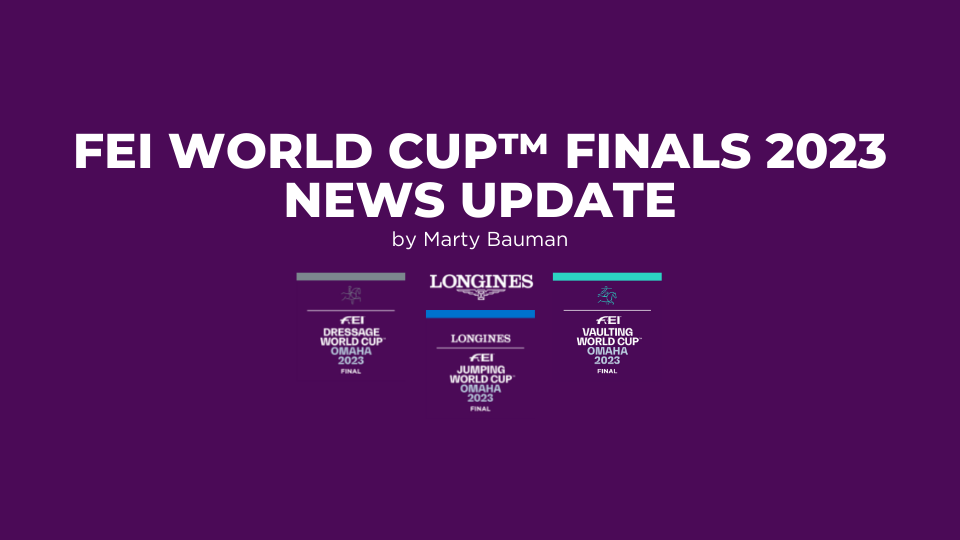 Jumpers Looking Toward 2022 Longines FEI Jumping World Cup™ Final in Leipzig – Omaha Up Next in April 2023!

The Longines FEI Jumping World Cup™ North American League (NAL) held six of its eight league events in the fall and Ireland’s Conor Swail dominated, winning three of the six. With riders looking to qualify for the 2022 Longines FEI Jumping World Cup™ Final in Leipzig, Germany, April 6-10, Swail is a virtual shoe-in to qualify for his first Final following his wins at Vancouver, Sacramento and Fort Worth.

The last time the FEI World Cup™ Finals were held in Omaha, in 2017, more than 50,000 spectators were on hand for what many have called the best World Cup Finals ever held. “This event was a shining example of how every Championship should be presented,” said John Roche, FEI World Cup Director. “The event was magnificent in every way!”

FEI Secretary General Sabrina Ibáñez went a step further, saying that, “Omaha has set a new standard for what a World Cup Final should be. Lisa Roskens and everyone connected with the Omaha Organizing Committee are to be commended for putting on one of the best championships our sport has ever seen!”

The 2017 Finals saw McLain Ward ride HH Azur to victory in the Jumping Final and a historic showdown in Dressage that ended with Germany’s Isabell Werth, the most decorated rider in Olympic history, and Weihegold Old edging American Laura Graves and her Olympic mount, Verdades. “The crowds here were incredible and their enthusiasm was just amazing,” said Werth while Ward stated his feelings quite clearly when he said, “This was the best World Cup Final I have ever been to!”

I invite all of you to make your plans now to be in Omaha when the Finals return in April, 2023. The best way for you to reserve your spot and assure yourself the best experience possible is to join Omaha’s World Cup Club. You’ll become part of a special ticket Pre-Sale this coming April and guarantee that you’re among the first to get access to the best tickets along with lots of other World Cup Club benefits.